Whether your aim is recording, mixing, mastering, live processing, or even coding, there is a variety of tools for you. With a full suite of audio applications Ubuntu Studio can support you with these tasks and many more.

Ubuntu Studio makes available some of the most popular and recently updated audio software in the Linux world. 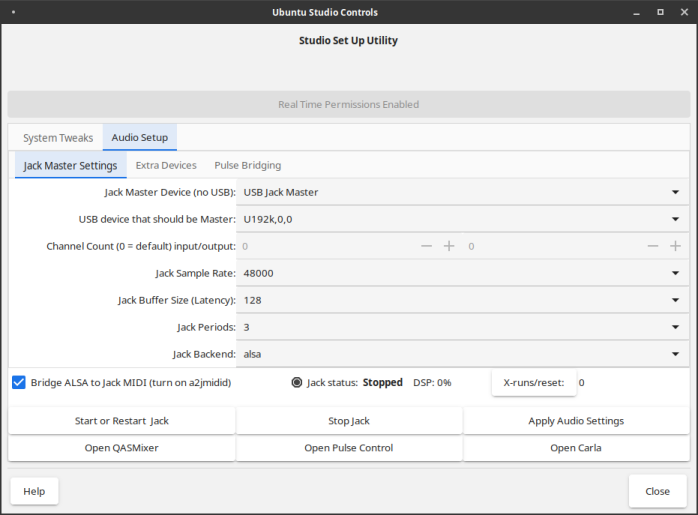 Jack is a low latency capable audio and midi server, designed for pro audio use. It enables all Jack capable applications to connect to each other. The preferred method of controlling Jack with Ubuntu Studio is our very own Ubuntu Studio Controls (pictured): 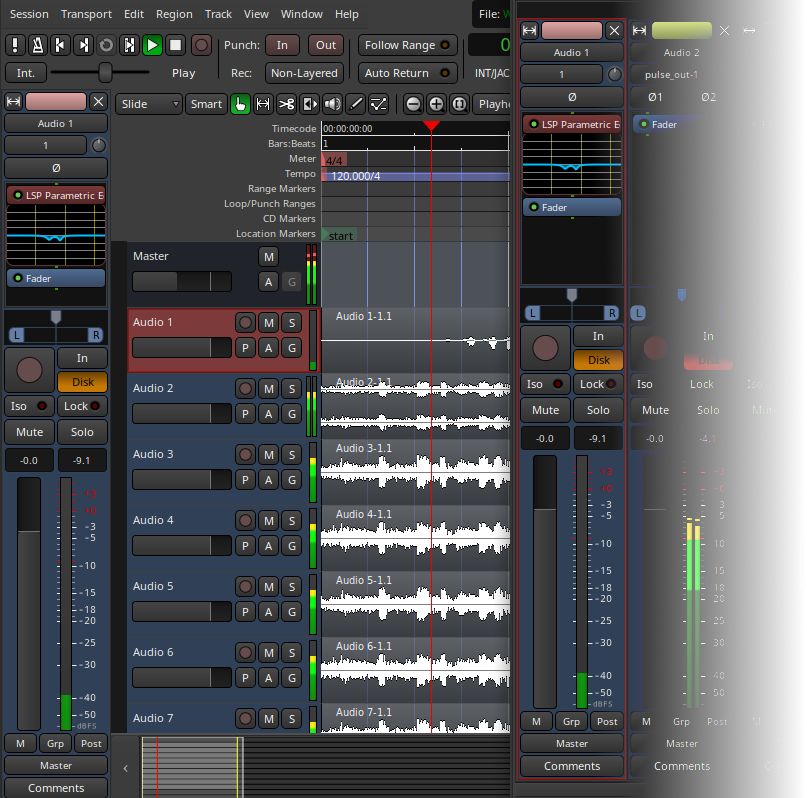 Ardour is a Digital Audio Workstation (DAW), suitable for recording, mixing and mastering. Some of its features include: 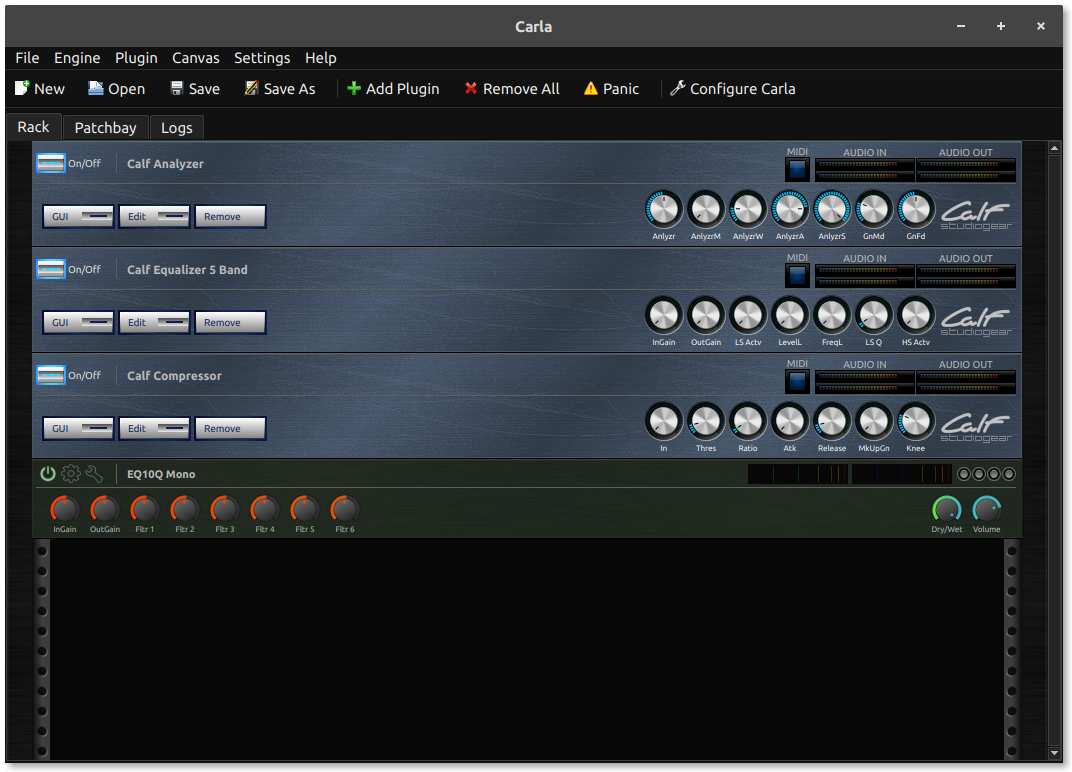 Carla is a virtual Audio Rack and Patchbay, otherwise known as a plugin host, that can use audio plugins normally used in a DAW such as Ardour as if it was a rack of audio hardware. Some of its features include:

Ubuntu Studio comes installed with other notable applications such as:

There are numerous easy to use audio programming environments available to Ubuntu Studio, such as the preinstalled puredata. Others are installable, such as supercollider, csound and chuck.